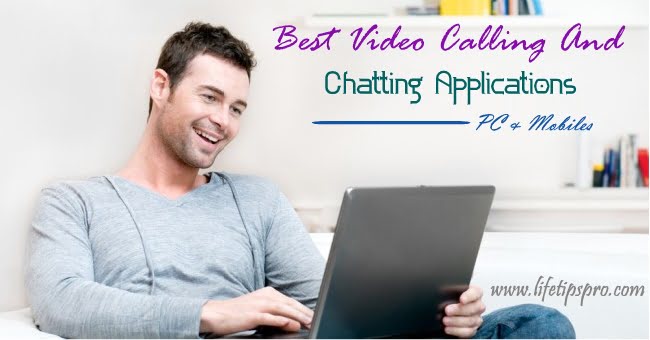 In today’s busy world smartphones has completely changed the way you can communicate with one another. In fact, it has totally changed the way you can use any gadget. The days of holding a smartphone in a conference are over now. Today, it’s all about video calling and video chatting. With the introduction of new mobile phones with exciting 3G and 4G data plans technology, video calling is becoming a more popular way to communicate with others as it lets you see the face of another person to whom you are talking.

On the other hand, smartphones have come up with a front camera which faces towards the user while talking which makes video calling more reliable to use by everyone. Therefore, nearly everyone has smartphones and are capable of handling video chats. So it’s no surprise that more people are discussing business meetings on their phone. It is very convenient, easy to use and on top of all that you always keep your smartphone with yourself by which you can do video calling anytime and anywhere you want. In order to make free video calls, you will need to have a video calling app installed on your phone which is developed by a good app developer.

Therefore, you can say that video calling has officially become a mainstream now and if you want to hang out with your friends or even professional people, it is must have a video calling app on your smartphone. There are various smartphones, which comes with built in video calling apps, but sometimes they may not function as per your requirements. So in that case below mentioned is the list of some of the best apps for making your video calling experience smooth.

Hangout is one of the popular video calling apps used nowadays. It was developed by the Google and was primarily a messaging app only, but now you can also make video calls from it very easily. This superb app also allows you to chat with up to 10 people by both mobile data and wifi, while allowing you to share your photos and emoticons very smoothly.
Further, it is totally free and in some cases pre installed on many Android devices. Google plus users can even have the app directly integrated in their profiles across various platforms which allows them to make video chat regardless of the usage of any device that is whether it’s a tablet or smartphone.

Similar to Skype, Viber is the other popular messaging app which has added video calling in 2014 so that it can solve both purposes at the same time. Since it has started with sending text based messages, it is still best in that. On the other hand, it has tons of features which keep you connected and its video calling feature works beautifully like you can either send a prerecorded video in your chat or have a live video conversation with other people. This app is suitable with all operating systems like windows, Android or iPhone. It also allows you to make audio calls with up to 40 people at a time.

This is the other great app which allows you to do video chat with your family and friends and that too using very quality video and audio. It is also available on almost all platforms as well as desktops. It is an all rounder messaging app and have many other features like video messaging, can put your 5 best friends on speed dial, colorful and creative filters for in call video recording and full page profile screen featuring your profile pics and more. Further, it can also connect with Facebook so that so you can chat with your friends even using social networks. The best part about this app is that it allows you to chat with up to 12 people at the same time.

Another one of the biggest and most popular platforms for making video calls is Line. It is available all over the globe and features video calls which makes this a replacement against Watsapp for your smartphone needs. It is very easily compatible with Android, iPhone and Blackberry. Further, it also has a face to face video call option and its working is similar to Facebook. So, you just have to tap on person’s name from Line list and click the camera icon. All your calls will be totally free.

Another superb and innovative app for video calling is Tango. It stands out mainly for 2 reasons out of which one is that it is very simple to use, that means you don’t even need a password for it. Just enter your phone number and name. Secondly, it is a free and compatible for all types of smartphones and PCs.
Over the past few years, it has been improved a lot which has further resulted in a full fledged messaging app complete with all features of video calling.

Last but not the least is the Imo, which is used widely nowadays to make video calls and messages. It basically offers a very simple and streamlined way to send messages and make voice calls. It is best of people who just want to make a call and move on and it is also a superb alternative for those who simply wants one to one video calling experience along with all the other things you expect from any other messaging app.

Like all the other apps in this list, this app also provides you with the feature of sending text messages and stickers to your contacts. But this is app’s best part is that it makes dead simple to place a video call option in your main contact list of your smartphone. Therefore, with just one click, you can easily launch a video call and that too without even opening a conversation list which you have to do in other apps.

Therefore, above described are some of the top and best apps for video calling and video chats. You can simply go ahead and choose the one which suits your needs the best. Feel free to drop your views in the comment box below and get free updates directly to your mailbox by subscribing to our blog.

Julie loves travelling and wants to start her own travel blog. She works with UK Best Essay as blogger and regularly develops content to manage their client’s blog.

How to lose Weight Fast Naturally And Permanently

From Bergamo Airport to Milan. Three transport options to go