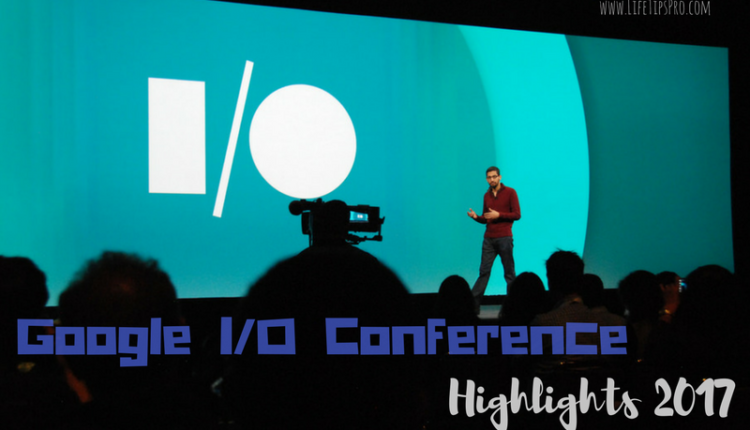 In Google’s Vision Of The Future, Computing Is Immersive

Google rolls out new updates every day but some really make us feel ‘wow, how did they come up with this’ and Google lens is one of the great inventions of Google in recent times. It was a myth until Google displays it live. Starting from Android, google cardboard, Google contact lens, Google lens and Google maps – all these made our life’s easier.

Google I/O conference is for Google fan boys where they will announce the new technology inventions and updates they are working on. This year they have announced few major updates like Android O, Google assistant, Google lens and out of all Google lens caught everyone’s attention as they integrated camera to the artificial intelligence.

Let’s dig deep into Google lens application, which is gaining huge popularity due to its unique features. Google has added Automation, Google assistant to its camera which is pretty awesome. We never imagined that a camera can read out what we are seeing and now it came to reality. In addition to this, it can also suggest us some reviews or features too.

Google lens is an application or software which can scan the objects and letters from photos. It also help us in displaying Google answers right away when you point your camera at any words or object

In the first example, they just took a picture of a random flower and the Google lens says what flower it is. Sounds amazing right. I still didn’t understand how it’s reading the petals of a flower and naming it accurately. Google has made a great technology which can turn our camera into a google scanner.

They also showed us an example where just scanning the home wifi network card can connect you to the wifi network automatically. It’s pretty awesome feature for lazy people like me who hates typing 8 digit passwords all the time. It’s like Scan it and surf it – I loved this feature and eagerly looking forward to putting my hands on Google lens app.

In the next example, they have displayed a scenario where Google lens provides us the reviews of the restaurant when we just point our camera to the restaurant name board. In addition to this, it can also book tickets for a show when we scan the poster of the movie or show.

I forgot to mention one more amazing feature which can remove fences or obstacles from the photo directly. We have embedded a video below which displays this feature.

This is actually quite cool, Google’s AI is being developed to remove items from photos… pic.twitter.com/5EYjMjJydP

All these features are pretty interesting and they haven’t announced any release date or tentative date. All they have told us is that it will be available soon.

What Else They Covered At Google I/O Conference?

Apart from Google lens, they also announced Android O which will release in next few months and this time they are also planning to step into the Siri kingdom. Yes, Google has been trying to release an artificial intelligence bot like Siri and this might be released in next couple of months. Let’s see how Google assistant can compete with Siri and tech giant Apple. Google is spreading their wings everywhere and there are many changes happening in the online world to bring our life to comfort zone. Even in the online casino games, there are many changes that make the reality much more real to turn the game more interesting for players.

Do let us know your views or opinions on Google I/O conference 2017 in the comment box below such that we can discuss more on latest Google technologies.