Slow motion videos have been around for a while and we’ve always loved them for the versatility they bring to the regular paced videos we shoot everyday. But back in the day, before slo-mo made showed up on smartphones, you’d have had to buy a camera that supported slo-mo if you really wanted to take slo-mo videos. And they weren’t exaclty cheap. So, you can imagine how berserk everyone would have gone when Apple announced slo-mo video capability for the 5s. And the android fanboys wanted the it too. Soon after, slow motion camera android apps started popping up on Google Play, to keep the android fans satisfied. And they’ve been a hit ever since.

Over the course of time, with new sensor technology and lenses, android smartphone cameras have progressed quite far. Some even have slow motion camera android support as standard. But there are still others that could use a little nudge. To provide that, app developers stepped in, to launch some killer slow motion app APIs that are so awesome, you’d be missing out on a lot if you didn’t try them out.

Let’s take a look at our picks for the top 5 slow motion camera android apps out there.

Here are the top and best slow motion applications which will make your phone to shoot awesome videos in your android phone. We have recently posted on Top 10 mobiles under 15k  just have a look at it and all these applications are free of cost and working perfectly at the time of writing this article.

This is a pretty cool slo-mo app. To start off with, the UI is great. It directly launches the camera, soon as you open the app. It has a minimal look and feel to it and the it exactly what is was tailored to do. Take slow motion videos.

On the plus side, you can also speed up your videos and the best part is, you get to choose which portion of the video gets slowed down or speeded up and, after the processing, it fits into the original video, so the output is just like you get on the iPhone. There is a paid version which removes the watermark that the free version embeds on all your edited videos, and it has more frame rate options too.

Talking about updates, this app hasn’t seen any updates at all, ever since it’s launch, but it’s still pretty good and works fine with most versions of android, although it might need some updating to be compatible with Android Marshmallow. I would definitely rock this app as my default camera app if I were you. 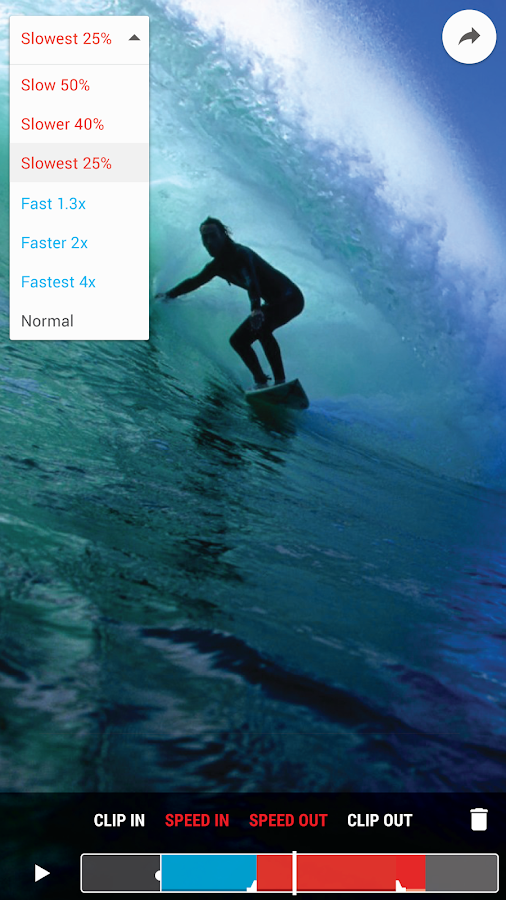 This app first took roots in iOS. Then later, it crept it’s way into android, so you expect it to look and perform as good as it’s iOS version. Well, it does. The UI is one to die for, with cool looking animations and a ton of features. Reminds me more of Camera360. Anyway, the reason it’s not number one on my list is that it doesn’t really focus on slow motion video shooting.

The app is meant to take videos, add all kinds of custom stuff to it and then, post them online. It has an array of features like, slow motion videos, fast motion videos, time lapse; you can even add songs and sound effects to your videos from a huge online collection that is totally free to use. It hasn’t got many updates so far, but it’s still quite lovely. I love to UI and the performance, so I highly recommend this if you want dubsmash and camera 360 in one app. This doesn’t do photos, though, so when I say Camera 360, I mean the UI. 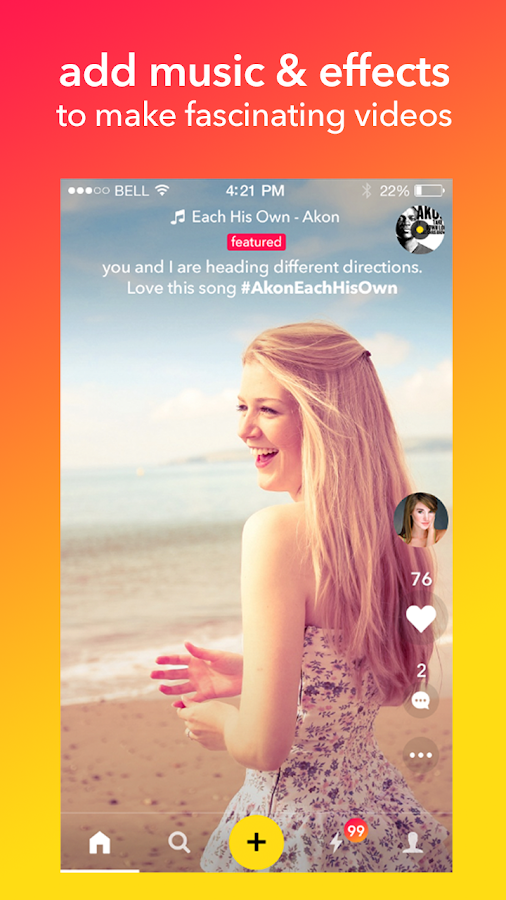 Let’s get one thing straight about this app, to start with. I think it belongs in a Samsung phone. The whole UI screams of Samsung’s UI. That isn’t necessarily a bad thing. It’s pretty good to look at, actually. And it comes with a good features too. You can choose portions of your video to slow down or speed up, and you can even fiddle with the segment locations in the video and arrange them the way you want. You can even mute audio and add your own music. There’s also capability to share online onto your favourite social networks, so that’s a bonus.

It hasn’t seen any updates after it’s launch but hey, it has everything you’d need to shoot slow motion videos so, what else do you need? I wouldn’t mind a few in-built animations that can be added to the videos and custom watermarks but who am I to complain?

This is a free app, no strings attached. You might be wondering why I picked this even after the low ratings and download numbers, but it’s quite decent and simple to use. Simple UI, easy processing and minimal video gallery all make up this fun to use app. I can’t say much about the options because there aren’t many besides the manual slow down or speed up rates.

The app has not been updated since it’s launch but it doesn’t have any bugs, so that’s not a deal breaker. But it could use a UI overhaul. Nothing much, besides that, so it’s pretty usable as it is.

Ratings and download numbers aside, this camera is pretty good. It’s not so professional, like you’d expect. If doesn’t have all kinds of icons on the screen, and the interface is quite simple (a little too cartoon-ish, for my taste) with annoying background music, which, thankfully, can be muted. Right at the start of the app, you have a “Slow motion” icon which takes you straight to slow motion video recording. You can slow down or speed up the video you take, audio too. So, you’ll sound like a bird at high speed or chewbaka in slo-mo.

Updates-wise, the app has had very few updates. One, to be precise. A UI refresh. Which is not all that bad, but not so great, from my point of view. Still, it gets the job done quite nicely. The post-processing is a little slow but the end result is a beautiful slo-mo video you’ll ROFL over. And who am I to say no to that gorgeous slo-mo video shooting capability? The Pro version costs Rs. 199 in India, which is around $3, and all it does it get rid of ads. So, you won’t miss out on anything with the free version.

If you’re expecting iPhone-like UI and usability, you’ll be quite disappointed with this. But if you’re just looking for a fun slo-mo app, this’ll just do fine.

Thanks for reading through our article, Top 5 slow motion camera android apps on Google Play. If you’ve enjoyed this, you could give us a thumbs up by sharing this on your favourite social network. That would help us out a lot. Got something to say? We’ll be hanging out in the comments section below. And if there’s any query you have or any topic you want our opinion on, our experts can be found in the ‘Contact Us’ section up top. Have a great day ahead. Cheers!

Top 5 slow motion camera apps for android that you didn’t know about.

Find What You Want