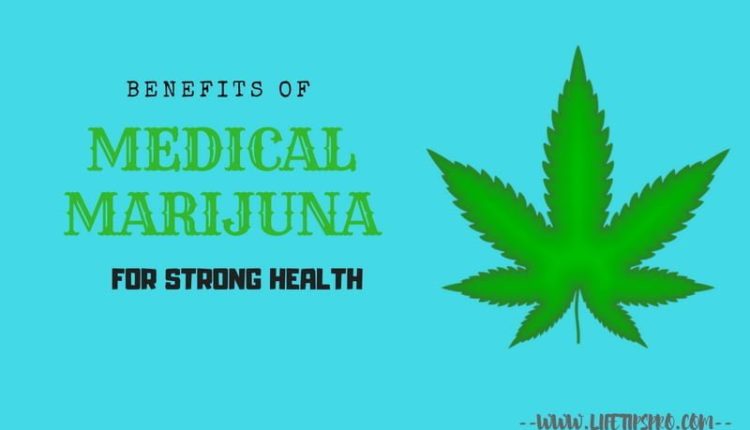 Below are the benefits of medical marijuana for strong health and do comment below your opinions in the comment box so that we can get more views on our topic.

A few years back, cooking with cannabis was considered taboo and was reserved exclusively for stoners. As far as anyone was concerned, the only health benefits associated with marijuana were that it made you laugh and got you high. With the advancement of years, many health benefits linked to cooking and eating cannabis have become widely known. Thirty years ago, the only cannabis-based products on the market were pot brownies. Since then, the world of edibles has developed radically and we can consume cannabis which has been infused into stews, sauces, pastry, and teas.

Cannabis Sativa – Leaves are slender and long, often with pronounced unevenness, giving the leaves a saw-like, almost prickly appearance. The sativa leaf color ranges from, lime green to dark-green with about thirteen leaflets.

Cannabis Indica – Leaves are much broader with up to seven to nine leaflets. Generally, Indica leaves are a deep olive-green color; light green leaves are unusual and indicate a sign of deficiency.

Also Read – Is It a Bad Idea for Non-Smokers to Start Vaping?

Physical Therapy for Pelvic Floor Symptoms and How It Can…

5 Ways Hormones Affect Skin Conditions And What Can We Do…

Antioxidants are needed by the body because they protect us from stress, cancer, and blood vessel disease. Antioxidants are also the body’s only defense against “free radicals” which are high-energy molecules that bounce wildly and destroy cells. Cannabis, whether cooked or raw, is filled with antioxidants required by the body.

People prefer getting cannabis into their systems by smoking it; however, the reality is, smoking cannabis is not beneficial for one’s health. Inhaling hot smoke irritates the respiratory system and since individuals who smoke marijuana inhale deeply into their lungs and hold the smoke longer, they end up with four times as much tar compared to those who smoke cigarettes. Alternatively stated, burning marijuana leaves creates tar.

However, incorporating marijuana into your cooking has none of the downsides caused by smoking it and introduces no damaging carcinogens into the lungs. Actually, consuming cooked cannabis has a completely different psychoactive reaction in one’s body compared to smoking it. Thus, consuming cooked marijuana is a healthier and more beneficial substitute for cigarettes.

In the United States, the most common use of medical marijuana is for pain control. This is an area where few other options exist, and those that do are highly sedating. Medical cannabis reduces the pain and nausea resulting from chemotherapy and stimulates appetite. Plenty of studies on the usefulness of treating nausea and queasiness in animals and humans have been conducted. A study conducted by Scientific American concluded that nausea and vomiting are effectively regulated by manipulating the endocannabinoid system regardless of whether they are in response to toxins like chemotherapy or natural stimuli.

The uses of medical cannabis are not restricted to pain control, cannabis weeds have health benefits. Strong evidence confirms that medical cannabis might have Neuroprotective properties. Despite research being limited at this point, a study conducted by JCI Insight confirms that medical marijuana has been shown to successfully treat symptoms associated with Epilepsy and Parkinson’s disease. Additionally, medical marijuana was shown to slow the progression of Alzheimer’s, relieve arthritis discomfort, decrease anxiety in low doses, and improve lung capacity. Consuming marijuana is an effective way of curbing nausea and pain.

Many individuals ask, “Does marijuana kill brain cells?” Marijuana does not kill brain cells, however, when people start consuming cannabis at an early age, they have shown to have some declines in cognitive function and IQ. Of course, studies on marijuana and the brain are still somewhat limited, thus, you should not consume marijuana as a means to gain any type of brain advantage because there are some risks.

A couple of years back; the National Cancer Institute updated content on its website stating that cannabis is not only effective in eliminating symptoms associated with cancer treatment – appetite loss, discomfort, severe pain, nausea – but that medical cannabis can be utilized to fight cancer. In clinical studies conducted on living animals, researchers discovered that the cannabinoids in THC (tetrahydrocannabinol) were able to isolate and eliminate cancer cells.

VIII. How to Eat Weed

Many individuals wonder, “If you eat weed will you get high?” Well, the truth about weed is that eating it does not mean you have to get high. What happens if you eat weed is the liver metabolizes the weed and turns it into a totally different kind of THC than the one you get from smoking it. Simply put, raw cannabis does not contain THC (the psychoactive chemical that gets you high) therefore; incorporating the raw marijuana into your diet gives you the legitimate medical benefits minus the high.

Weed can be orally consumed in the form of Weed Snacks (cookies, brownies, cakes) and can be brewed and infused into chocolate, coffee, and tea.

Genius College Hacks You are Taught in 2018

Quick Ways To Get Rid of Mucus in the Chest

How to Stay Fit at Home? Know Here!